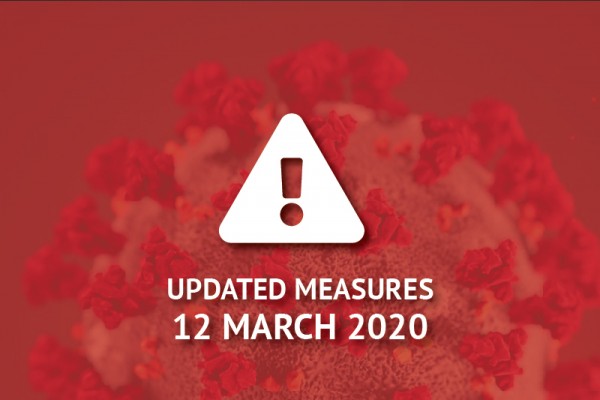 The Rector of the University of Economics in Bratislava in accordance with  the declaration of the Government of the Slovak Republic  on emergency situation in relation to the risk of spreading the new coronavirus throughout the country with the aim to mitigate the consequences of the public health risks due to the COVID-19 disease caused by SARS-CoV-2 in the Slovak Republic ”and in accordance with the recommendations of the Crisis Board of the University of Economics in Bratislava related to the COVID-19 on March 12, 2020 has issued

Measures of the Rector of the EUBA no. 3 on the current situation 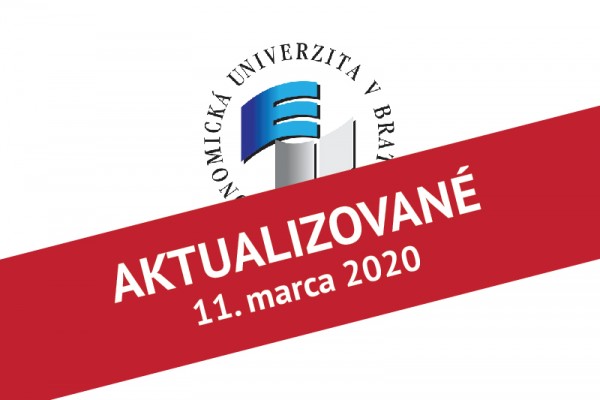 Rector of the University of Economics in Bratislava based on the recommendations of the Crisis Staff for monitoring, evaluating the situation and taking measures in relation to the occurrence and spread of COVID-19 coronavirus in order to reduce the risk of virus spreading 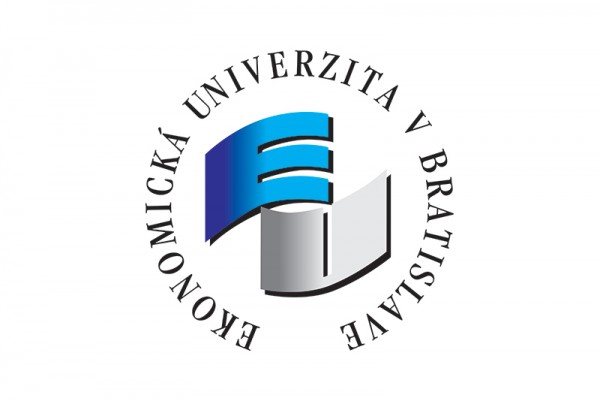 At its meeting on 8 March 2020, the Crisis Board of the EU Bratislava decided that Monday, March 9, 2020 to Saturday, March 21, 2020 (included) both full-time and part-time classes at all teaching units (Bratislava, Kosice, Michalovce, Virt) will be canceled. The teaching process will take the form of a self-study or other suitable methods.

The Austrian ambassador discussed with students the importance of multilateral diplomacy 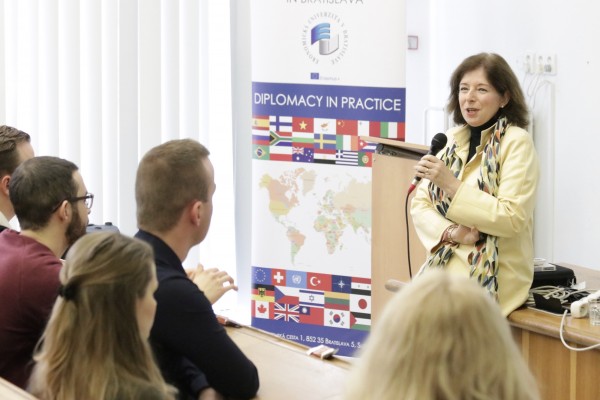 On March 3, 2020, the University of Economics in Bratislava hosted extraordinary and plenipotentiary ambassador of the Republic of Austria to Slovakia, J.E. Margit BRUCK-FRIEDRICH, who gave a lecture within the study discipline Diplomacy in practice. In her presentation, she focused on the importance of international groupings, the challenges facing the European Union in the 21st century, and she also highlighted the importance of economic and cultural cooperation between Austria and Slovakia.

The EU Operations and Investment Department in Bratislava informs all employees and students that under the Contract for the Delivery, Installation and Maintenance of Elevators no. 190015/080/2019 and Supplement no. 1 to the above contract we will commence to work on the replacement of 3 lifts in building V2 (Rectorate) from: 09. 03. 2020 - 31. 08. 2020. 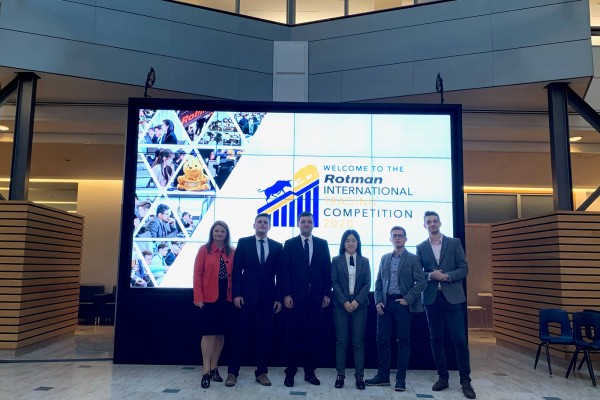 Student team composed of Bc. Hercegh Ondrej Lin Xinyi, Bc. Macak Marek, Bc. Vateha Marko David and Ing. Zeman Mário, under the guidance of doc. Ing. Jana Kotlebová, PhD. and doc. Ing. Petr Árendáš, PhD. from the Department of Banking and International Finance (Faculty of National Economy of the EU in Bratislava), this year again showed their skills in the world round of competition in trading RITC 2020, which is professionally covered by the Rotman School of Management (University of Toronto, Canada). 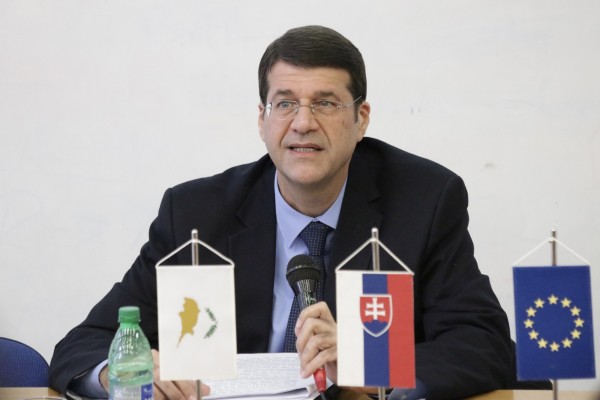 On 25 February 2020, the University of Economics in Bratislava hosted the new Ambassador of the Republic of Cyprus to Slovakia, J.E. Mr. Nicos P. NICOLAOU who gave a lecture within the study discipline Diplomacy in practice. In his presentation he focused not only on the history and international position of his country, but also on the current situation in the Mediterranean region.

Opening the XXVII. edition of Diplomacy in practice 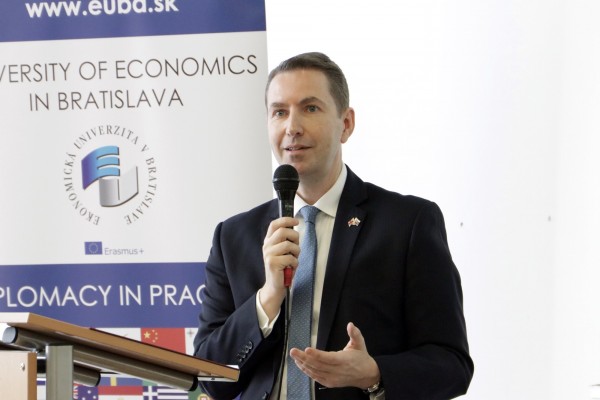 The XXVII. edition of Diplomacy in Practice was opened by the extraordinary and plenipotentiary ambassador of the United Kingdom of Great Britain and Northern Ireland, J.E. Mr Andrew Garth, at the University of Economics in Bratislava on the 18th February 2020. The theme of the 2019/2020 summer semester series are current economic and political events in Europe. 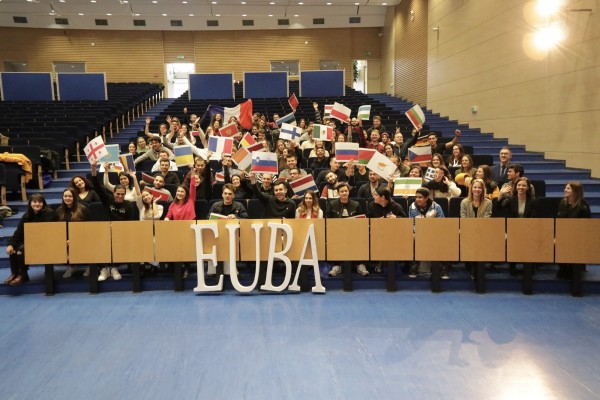 The University of Economics in Bratislava welcomed 135 students from 22 countries of the world who came to study in the summer semester of the academic year 2019/2020. The countries with the highest representation are France, Spain and Germany. Students from the USA or Mexico will also study at the university as part of bilateral cooperation and under the Erasmus + International Credit Mobility Program, as well as students from Albania and Ukraine. 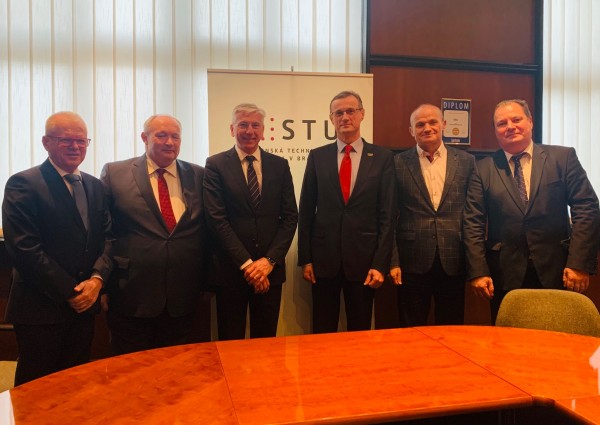 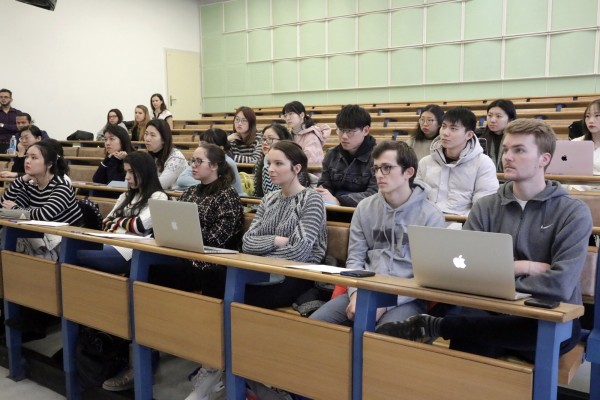 On January 7-17, 2020, the 10th Winter School was organized by the University of Economics in Bratislava in cooperation with the prestigious French University of ESC Rennes School of Business. The event was opened by Boris MATTOŠ, the Vice-Rector for International Relations. The academic program was designed for students of the II. degree, who have been taught in international strategic management during two intensive weeks. From the educational part the project was administered by the French representatives, Mr. Shubho CHAKRABORTY from the Department of Innovation and Strategy of the ESC Rennes School of Business and Mr. Richard BEDNÁR from the Department of Management FPM UE in Bratislava. The leisure program for students from France was provided by the Erasmus Student Network volunteer organization at the University of Economics in Bratislava. 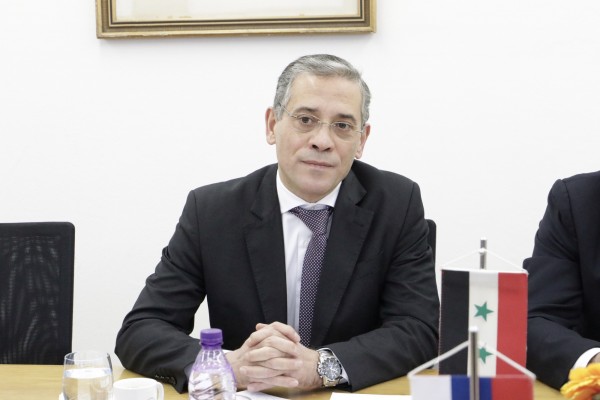