Student team composed of Bc. Hercegh Ondrej Lin Xinyi, Bc. Macak Marek, Bc. Vateha Marko David and Ing. Zeman Mário, under the guidance of doc. Ing. Jana Kotlebová, PhD. and doc. Ing. Petr Árendáš, PhD. from the Department of Banking and International Finance (Faculty of National Economy of the EU in Bratislava), this year again showed their skills in the world round of competition in trading RITC 2020, which is professionally covered by the Rotman School of Management (University of Toronto, Canada).

The competition was attended by 48 universities from all over the world except Africa.

In this competition, Europe was represented by 8 universities, whereas the University of Economics in Bratislava was ranked the third place among Europeans. Out of all 48 universities, we have achieved the 14th place in Matlab Volatility, the 16th place in BP Commodities, the 18th place in Electricity Trading. In the overall evaluation, students finished on 21st place, which is a positive shift of two places compared to the last year. It should be noted, however, that the competition was really strong, and students defeated universities, such as the Massachusetts Institute of Technology (MIT), Stanford University, Trinity College Dublin, University of California Berkeley, Washington University in St.Louis, Duke University, Higher School of Economics (Russia) and many others.

The absolute winners of RITC 2020 were the Baruch College (USA), the University of Calgary (Canada), and Luiss Guido Carli - University of Rome (Italy).

The final round of the Rotman Trading International Competition (RITC 2020) was held on February 20-22, 2020 in Toronto, Canada. The competition was based on quantitative finance and mathematical programming. The competition focused on futures trading on indexes, ETF volatility options, trading on the spot and futuristic oil and electricity markets, and programming its own algorithm in trading by using the Phyton program. Trades were conducted both on the pite and in the Rotman Interactive Trader electronic environment.

We would like to congratulate the students for their excellent results and hope that this experience will also motivate other students to achieve ever higher professional goals. 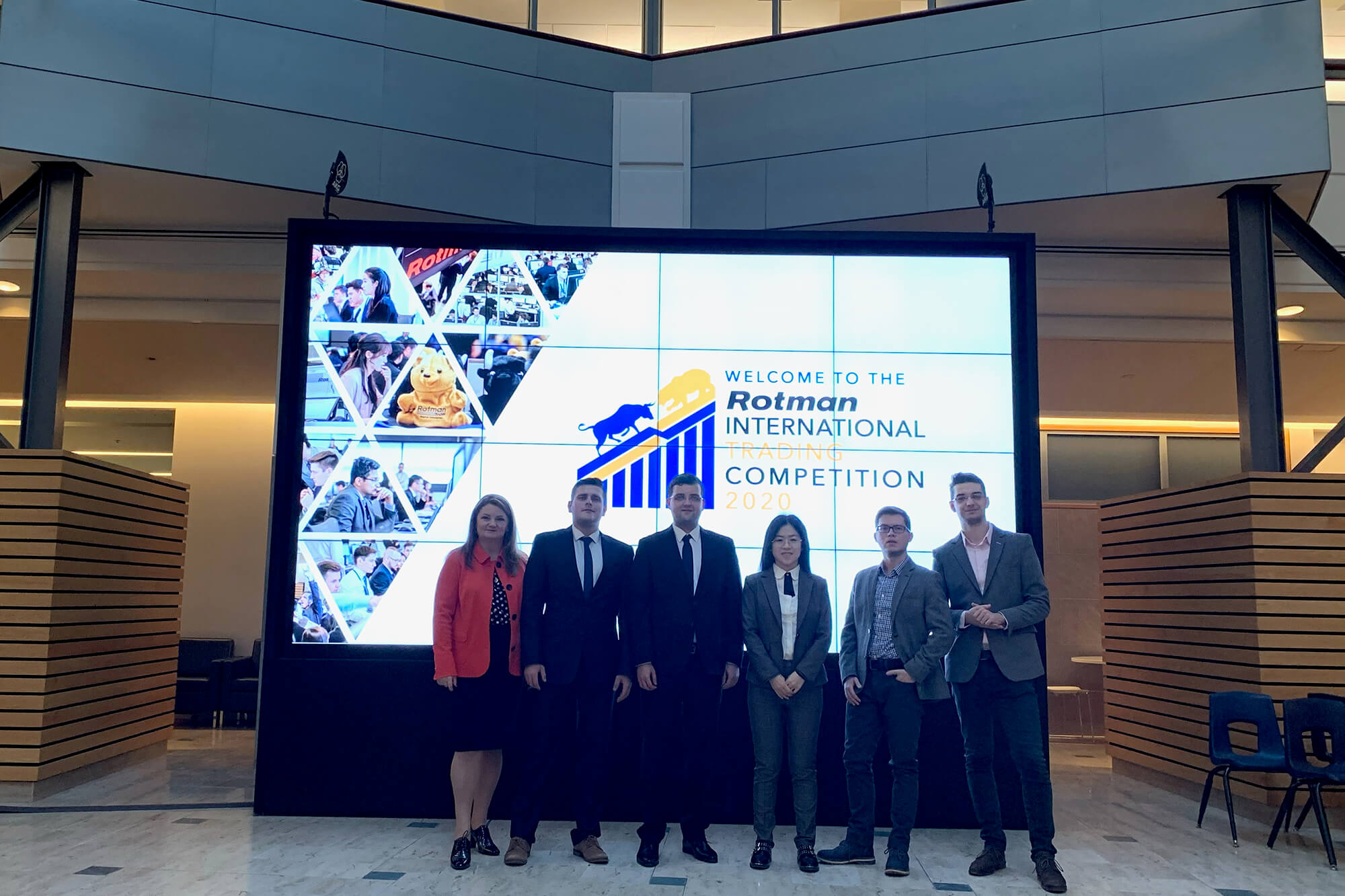 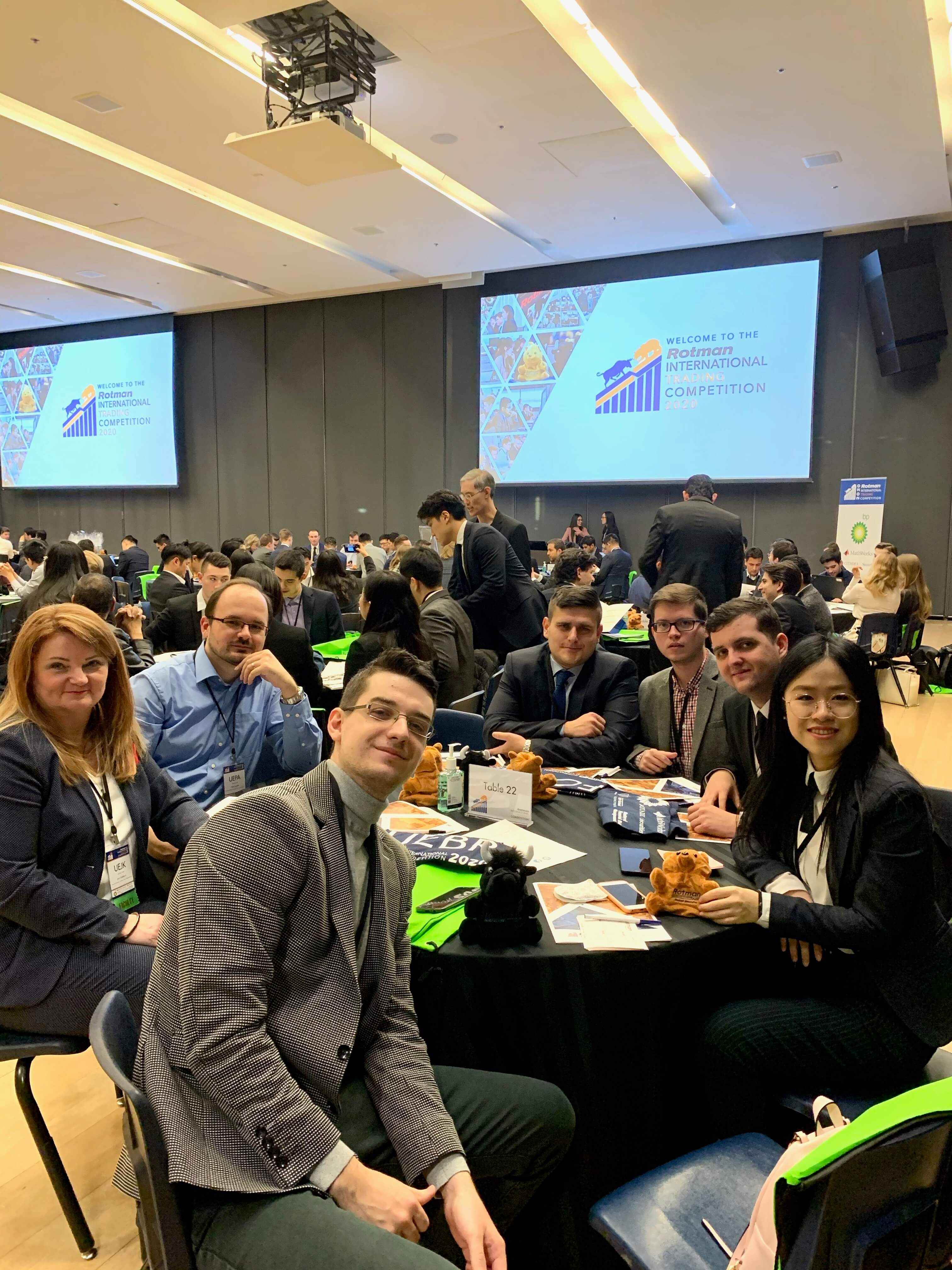