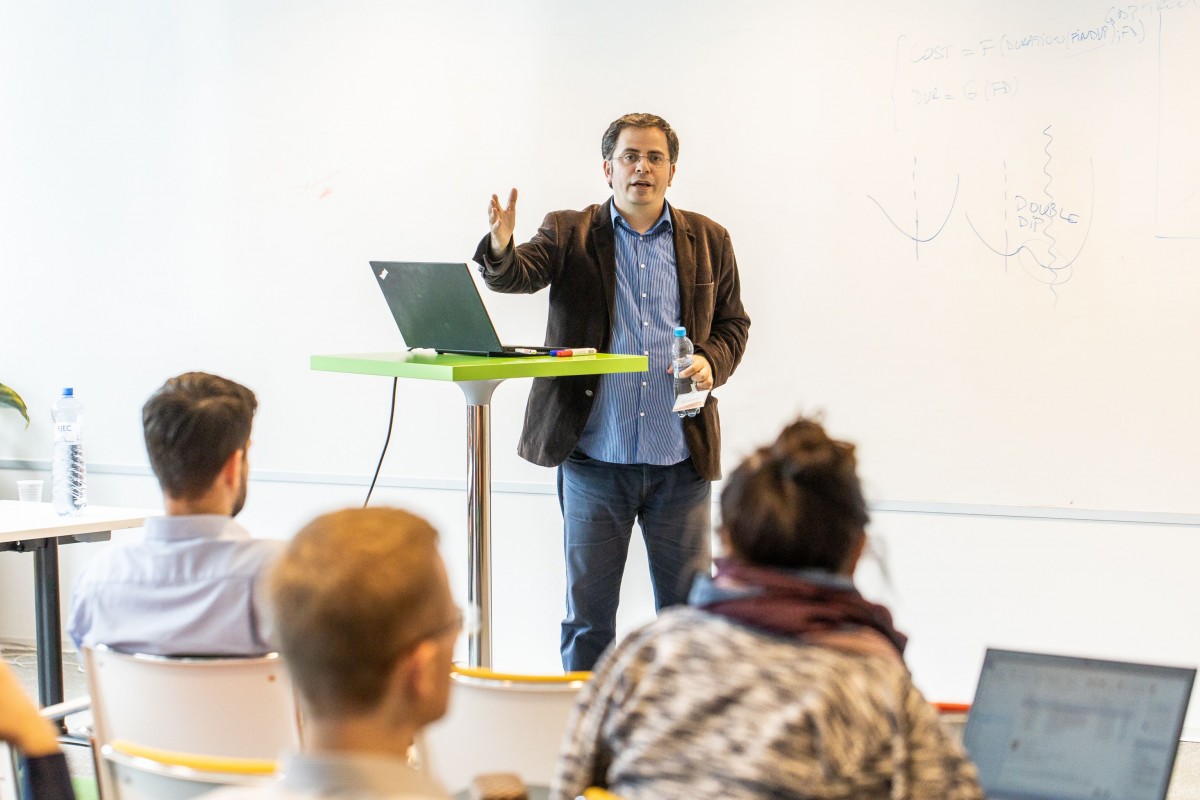 The European fiscal and monetary policy expert Alexandru Minea visited Slovakia thanks to the Visiting Professor grant scheme run by the VUB Foundation. It has been 10 years since the project has been running with an aim of the to improve the conditions for modern education and research in the field of economic science at Slovak universities for thanks to the participation of renowned international lecturers. This summer semester, Alexandru Minea is a part of the faculty at EUBA’s Department of Finance, where he is involved in joint research on the fiscal policy assessment system.

Alexandru Minea, a macroeconomist who has worked in the past as a visiting researcher at the International Monetary Fund, considers as the biggest problem of the current global economy, in particular, the unresolved issues of dealing with the indebtedness of residents and countries. "Today, we need to take a step back, get a break and realize what we really have as Europeans in the development of the economy in recent years." He also discussed this topic during the discussion with VUB employees, while also touching on the potentially approaching economic recession.

International research thanks to VUB Foundation

The importance of the current work of the international economist is also appreciated by the vice-rector of the University of Economics in Bratislava, Assoc. Prof. Jana Péliová. “Working with Professor Minea helps significantly to improve the results of doctoral students who are dealing with debt and economic growth. These will be presented at a number of international scientific conferences and published in scientific journals, ”and adds: “In 2012, the VUB Foundation program helped to launch an excellent cooperation with Alexandru Minea, which has been running continuously on several levels ever since. The professor takes part in various conferences and workshops we organize. At the same time, we also have the opportunity to send our students to France to its home university, Clermont Auvergne.”